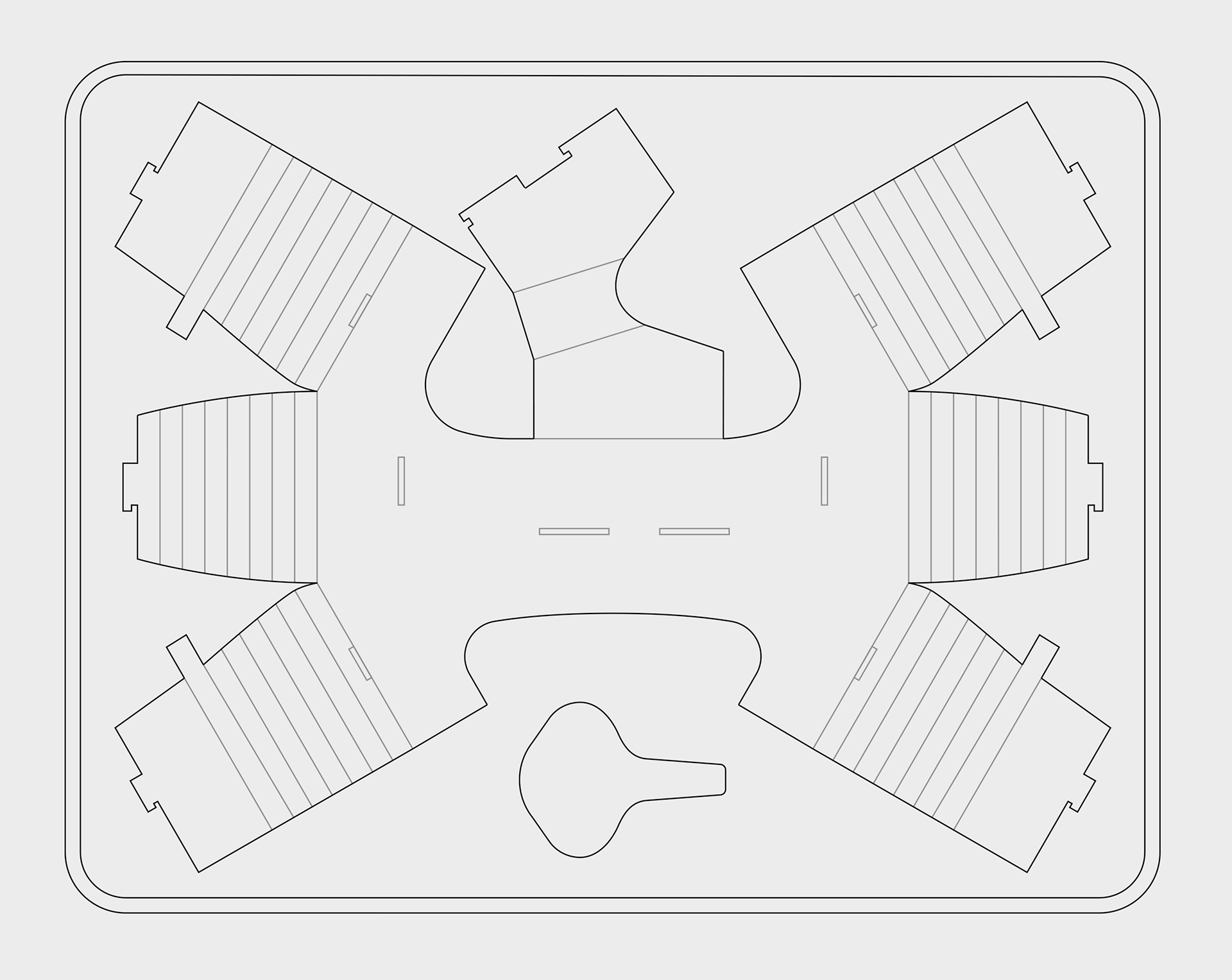 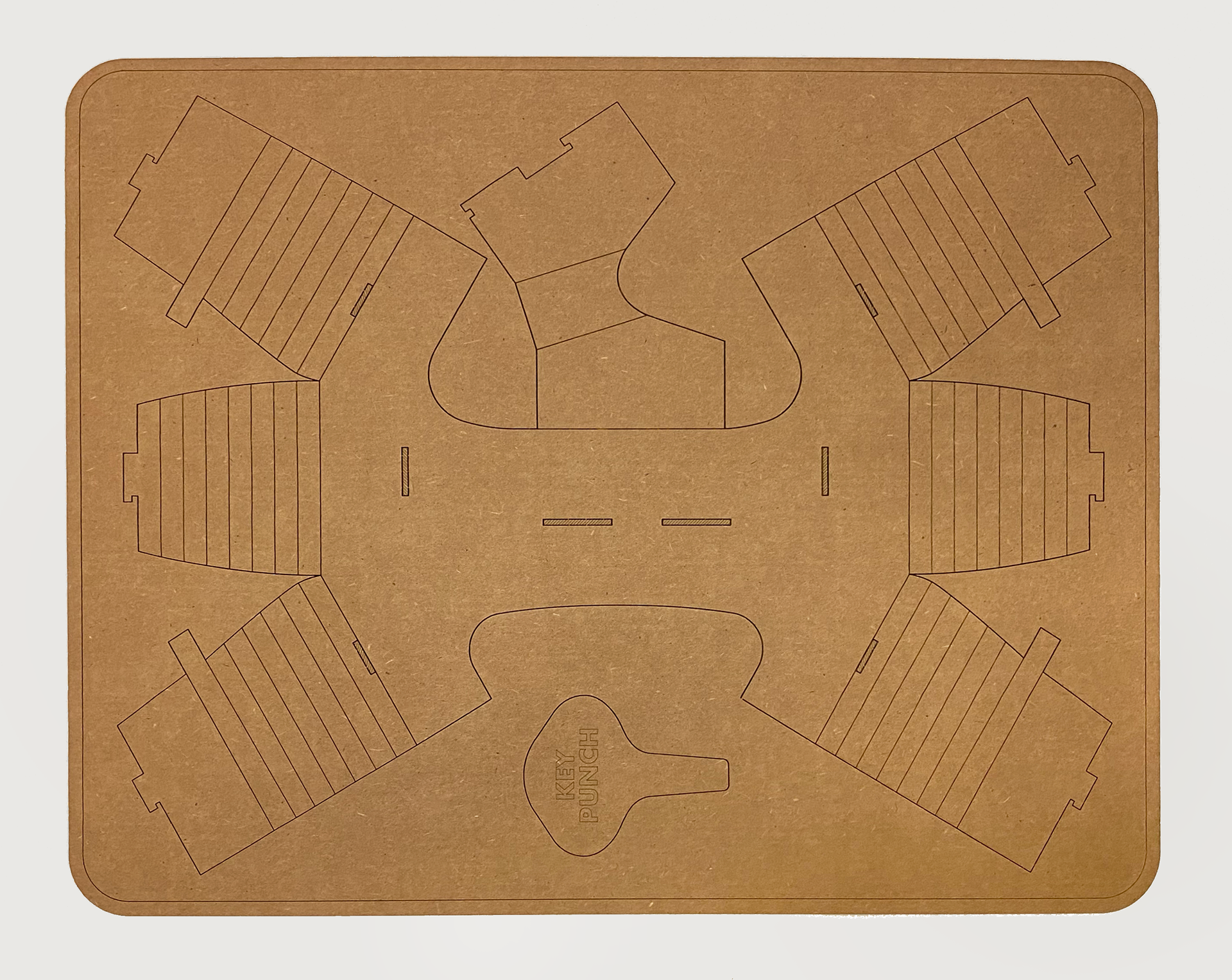 PROCESS
I began the project by deconstructing a prototype from last semester and drawing out the dimensions I wanted to use for the next iteration. As I worked on the overall form, I tested out different mechanisms for holding the controller in place and attaching different pieces of the design together. Throughout the project, my lab manager and I discussed the problems with the design and sketched possible solutions. As the cardboard prototype and the demo game began to come together, I mapped out the user journey of putting the wheel together and entering the game. When I moved from form development to refinement, I had to figure out a way to laser cut the template so that it could be easily popped out by the user, but would not come apart entirely. This involved using multiple layers of engraving, scoring, and cutting to combine perforations and cut lines. Eventually, I figured out settings that worked, and began producing the cardboard sheets for testing. 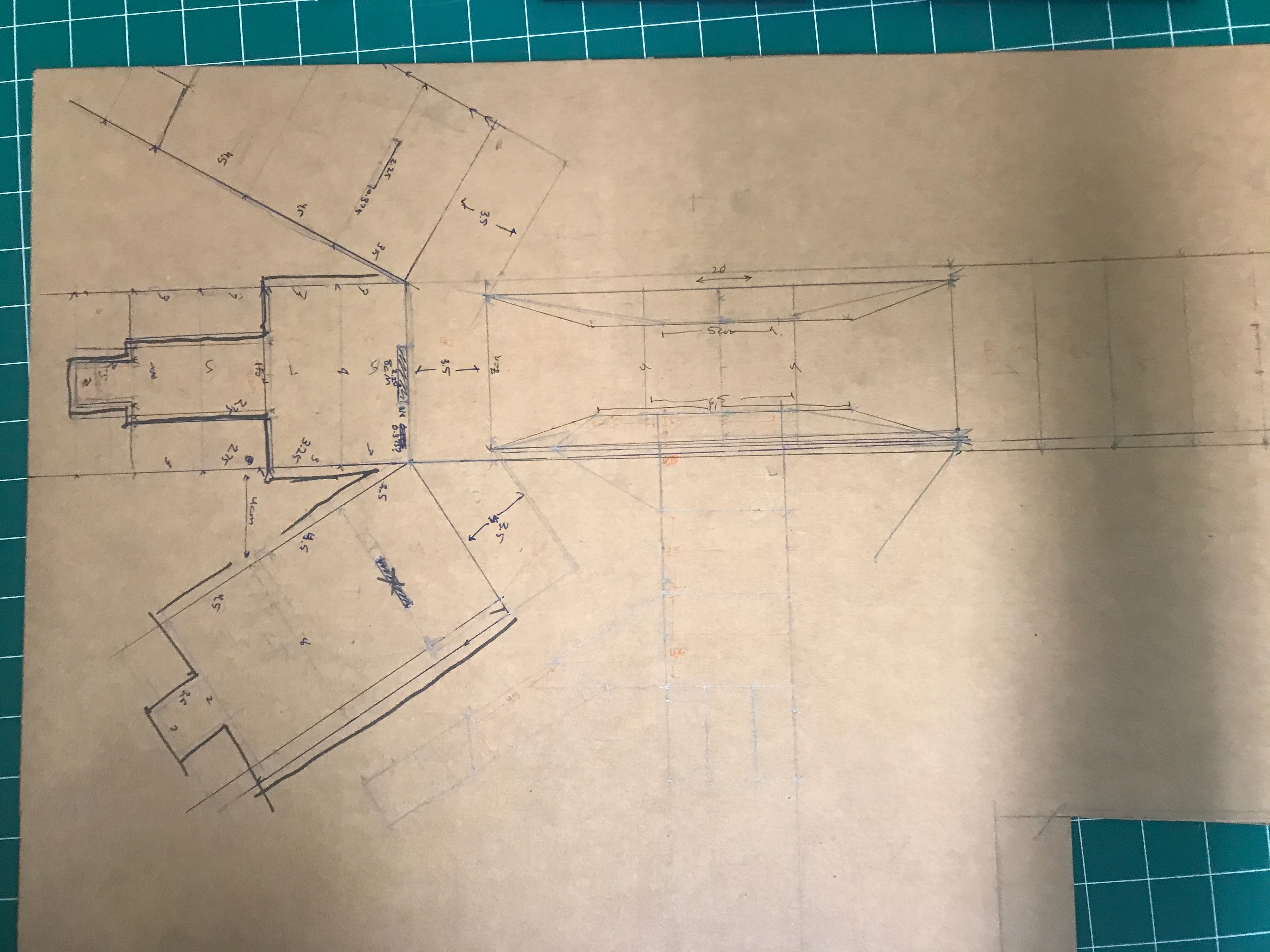 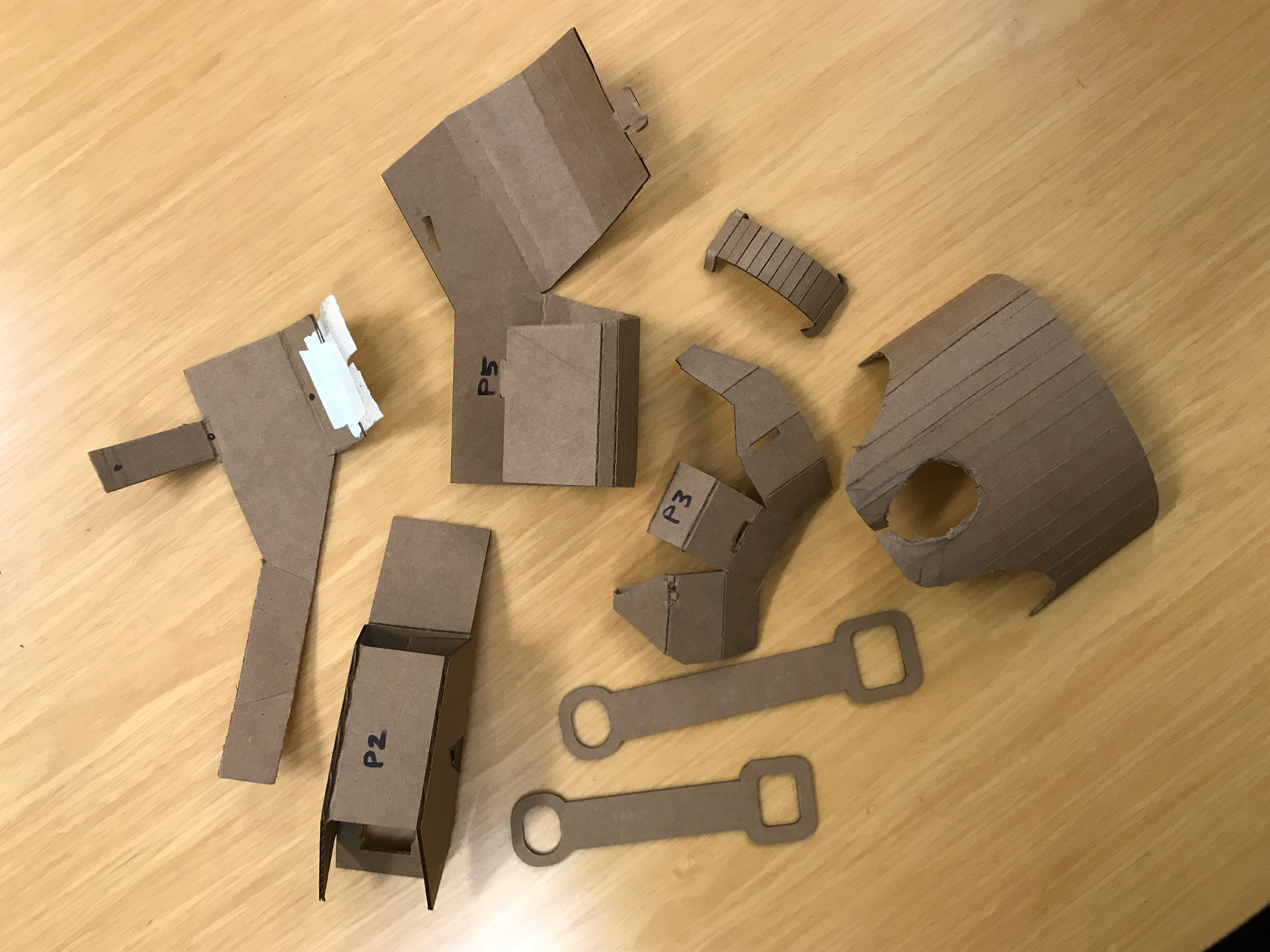 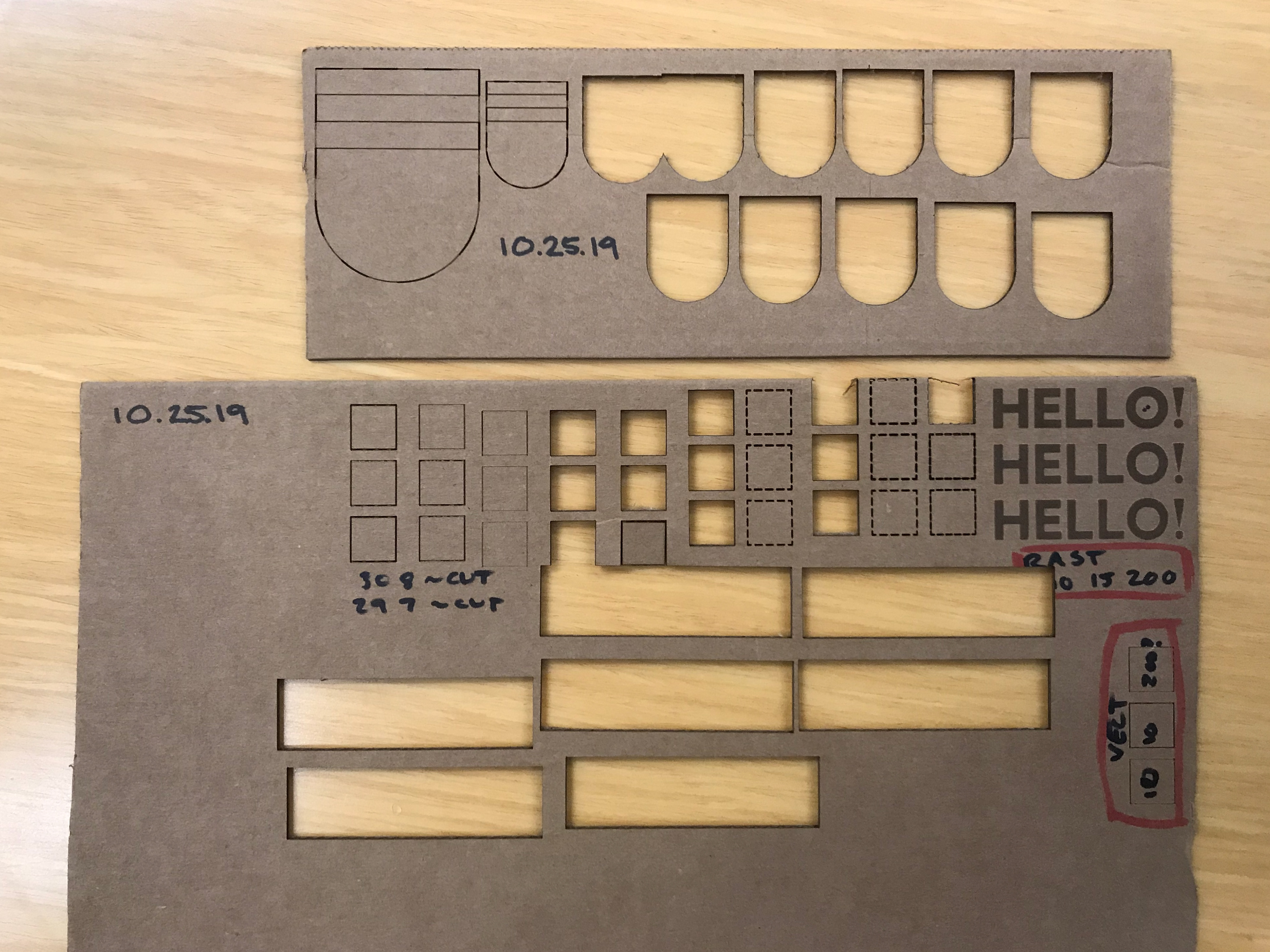 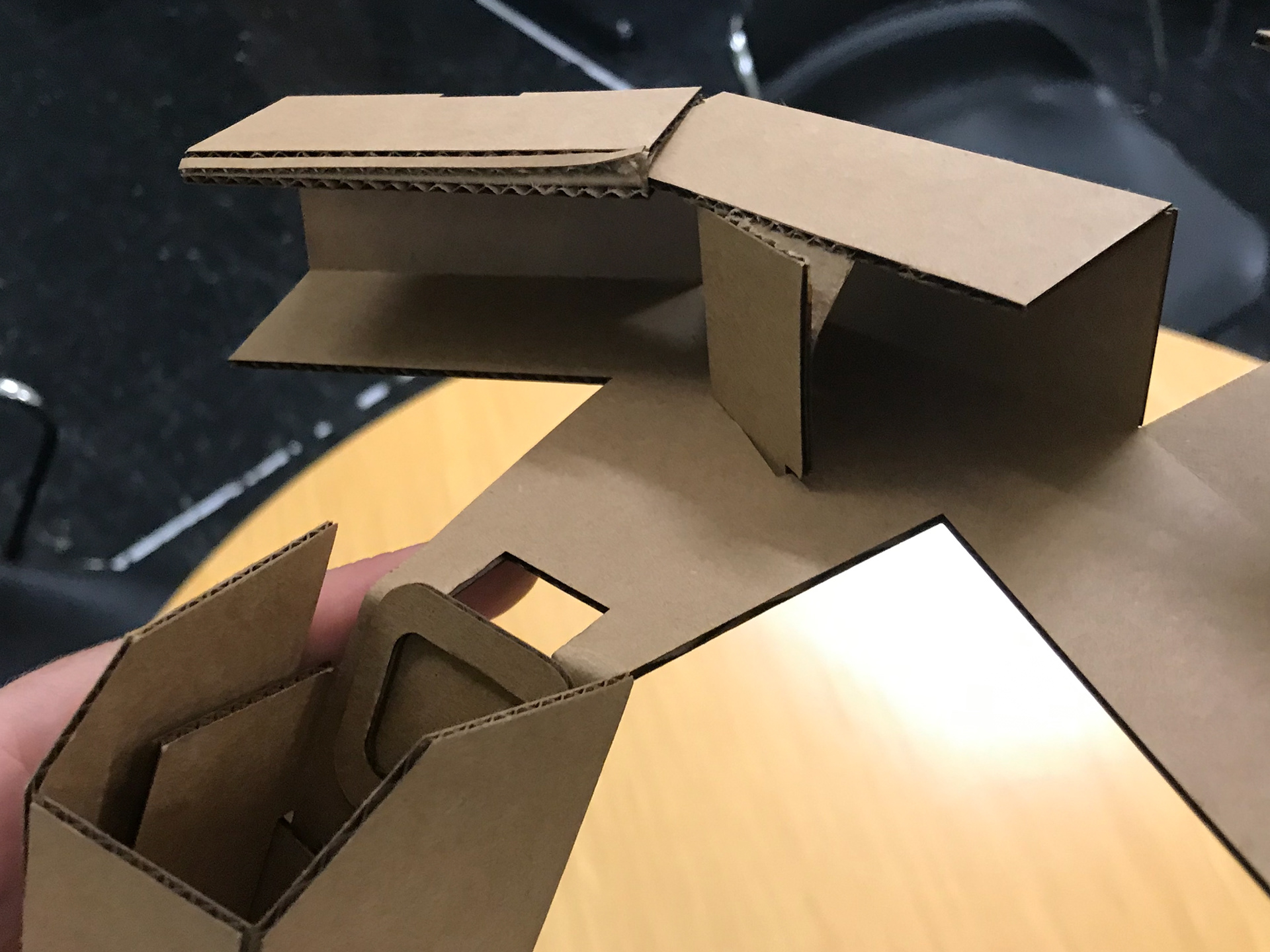 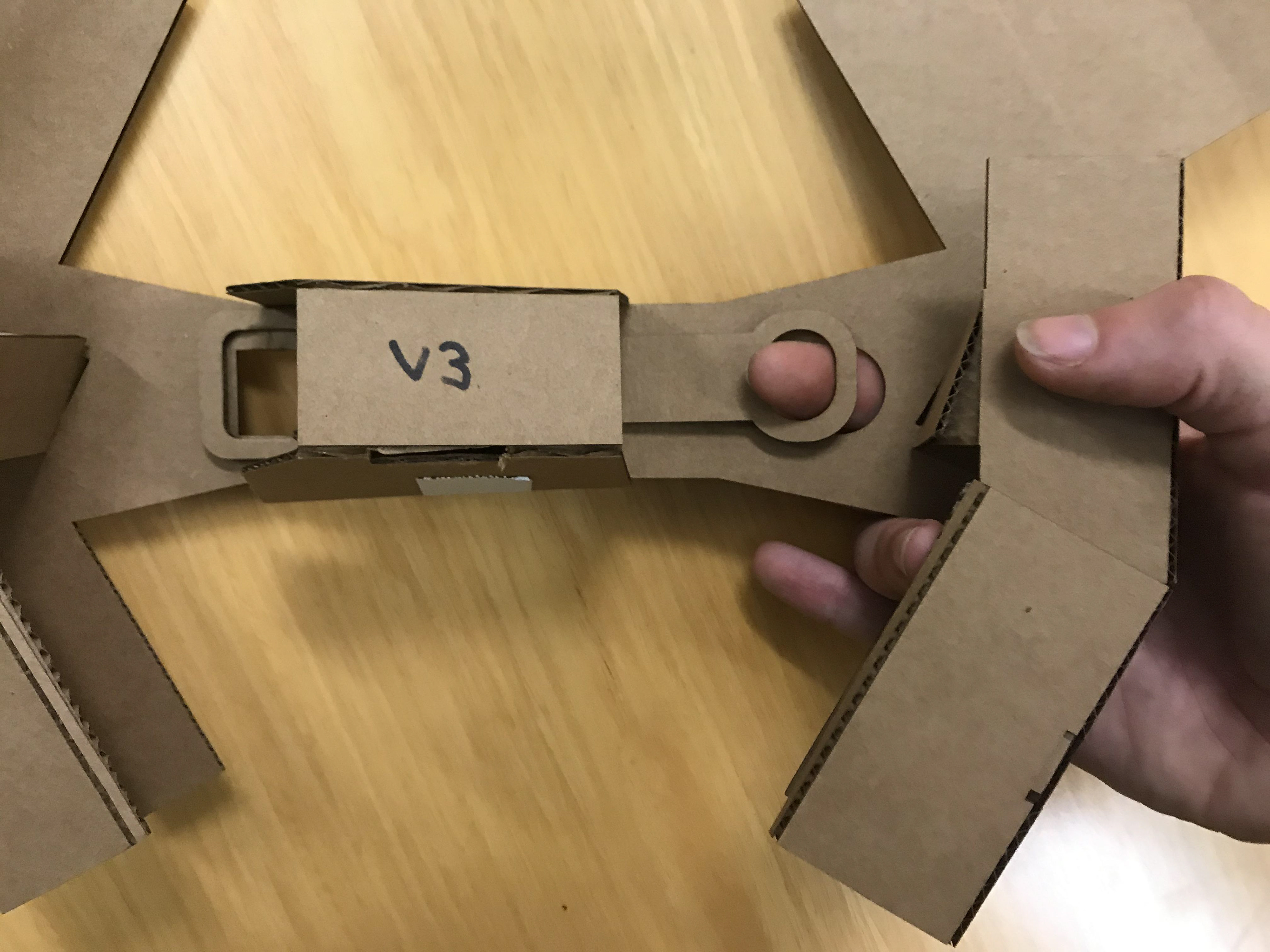 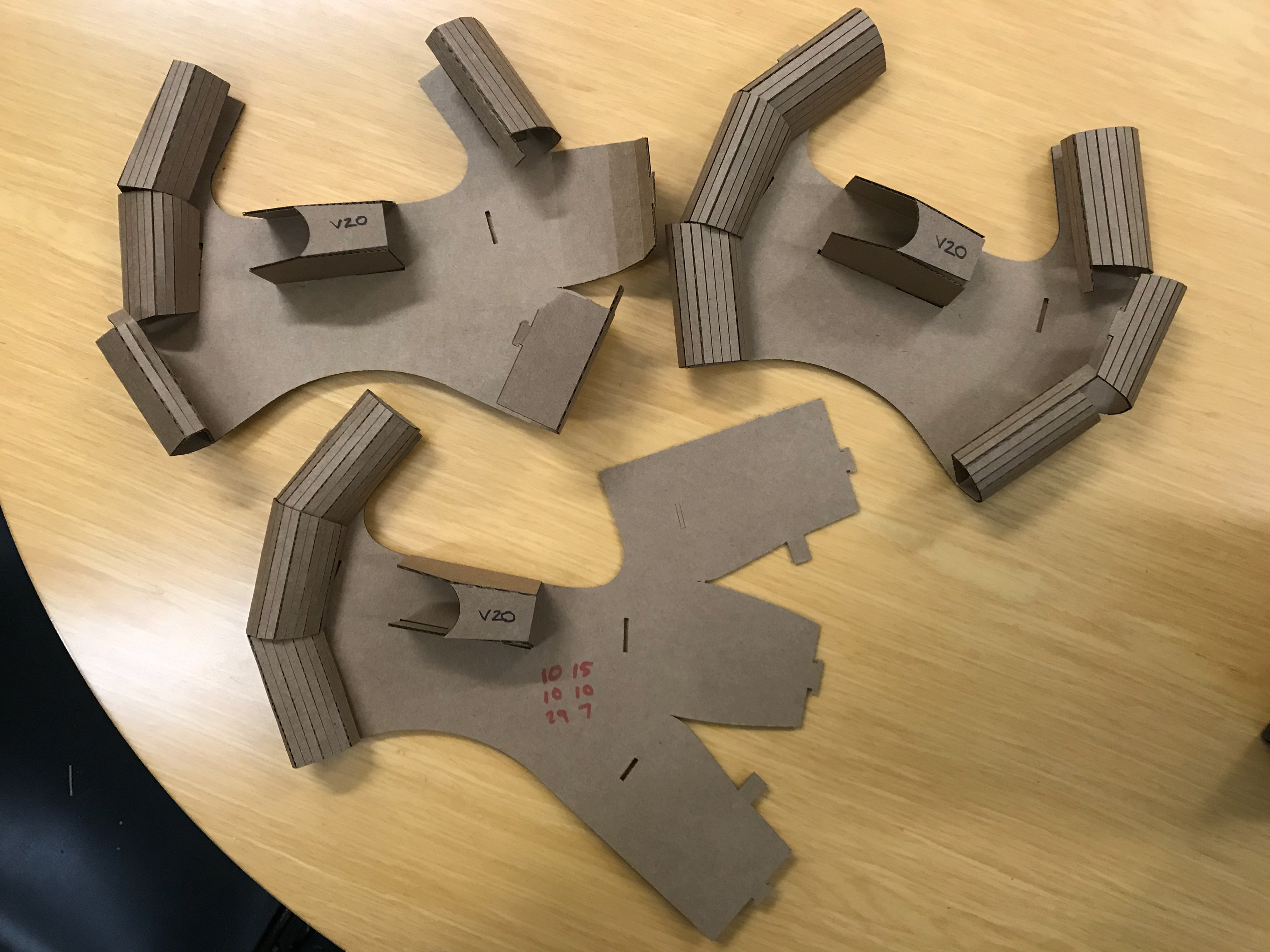 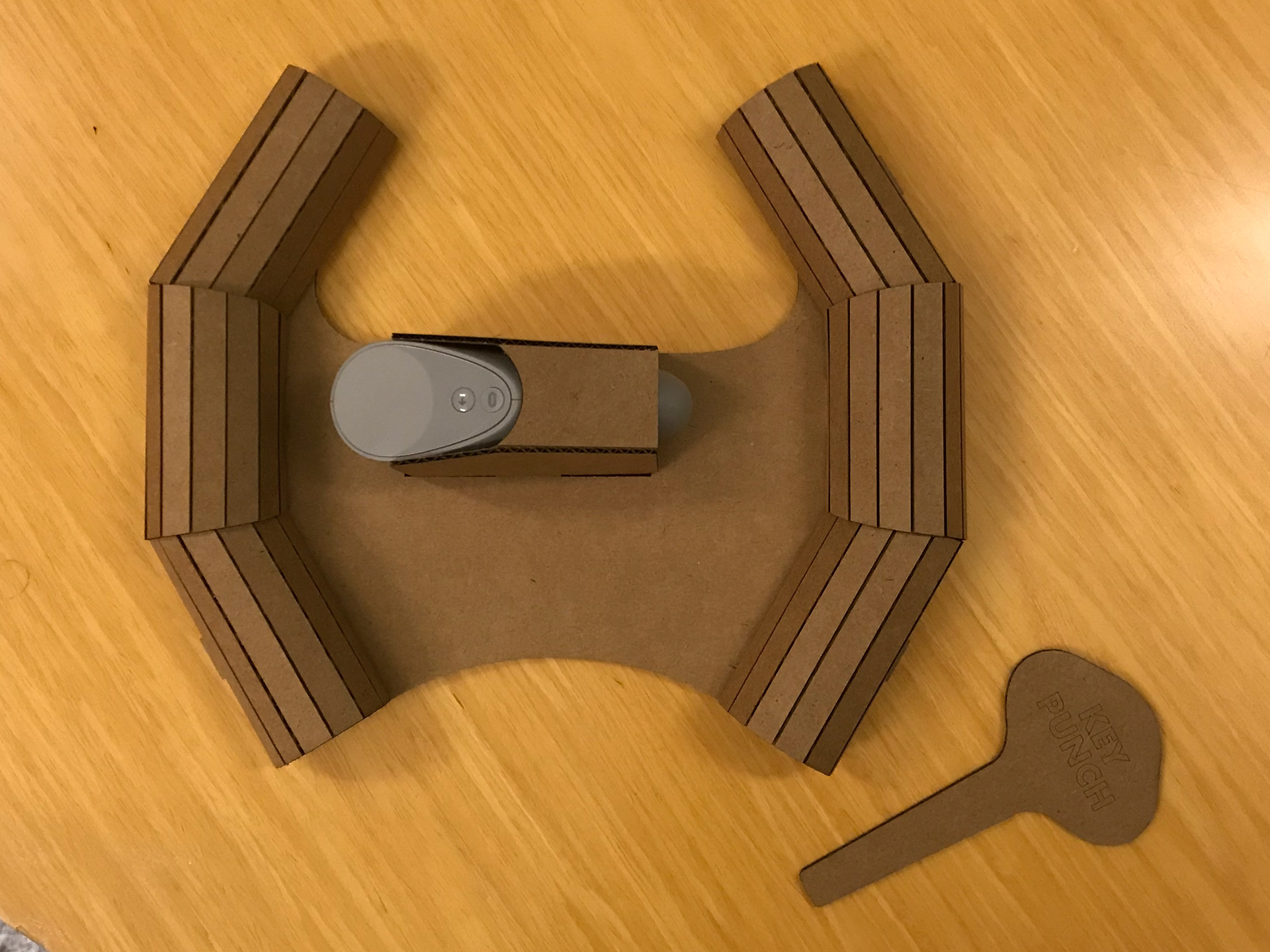 About halfway through this semester I started working on a demo game for the Oculus Go to test out the steering wheel. I built the game in Unity using free Google Poly models and code I wrote to handle movement of objects in the game. Initially, I started with just a car and a road, and eventually added different types of coins to collect and obstacles to avoid. I wrote scripts to record the angle of the controller and turn the car as the wheel turned and to generate the road, move it past the car, and destroy it. The game is simple, but it allowed us to test the steering wheel and user experience. The image on the left is a screenshot from the game from inside the Oculus Go headset, the middle is the workspace in Unity, and the right is a snippet of the code used to make the game work. 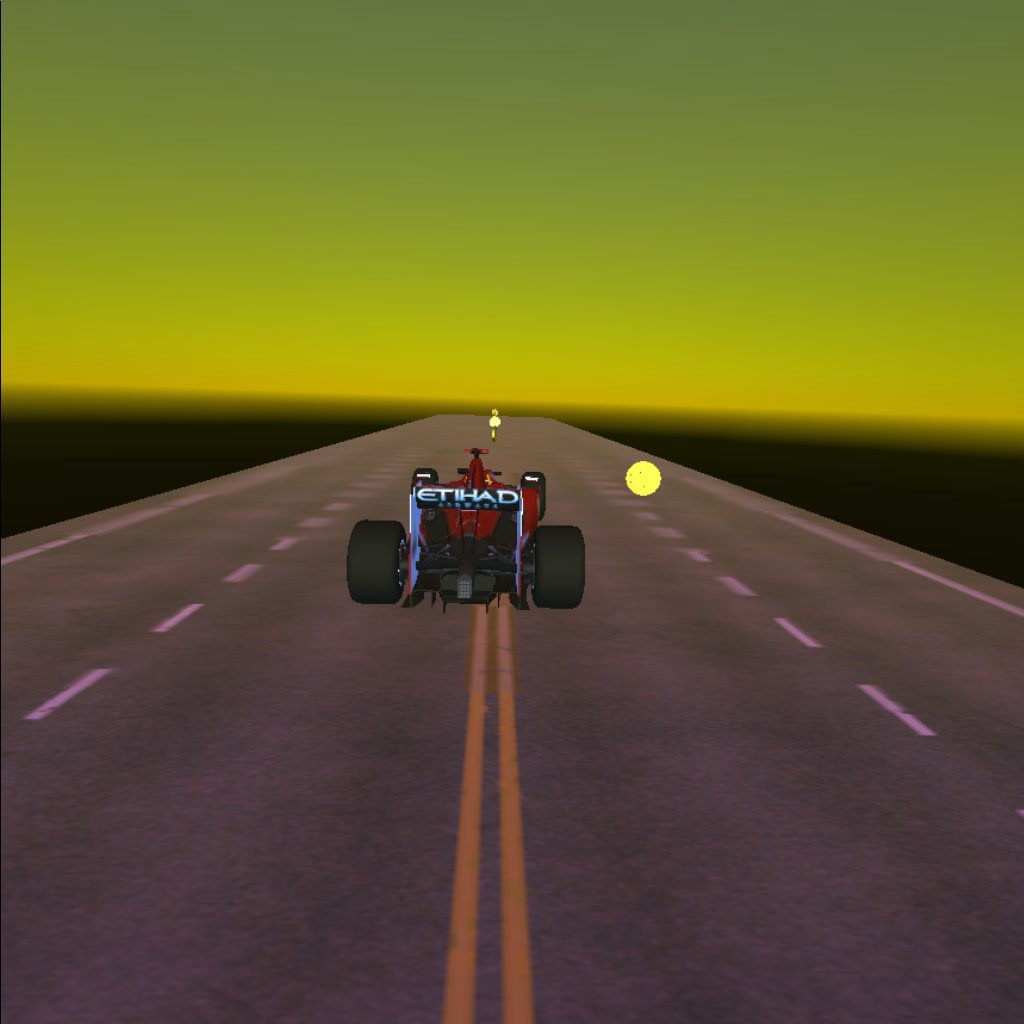 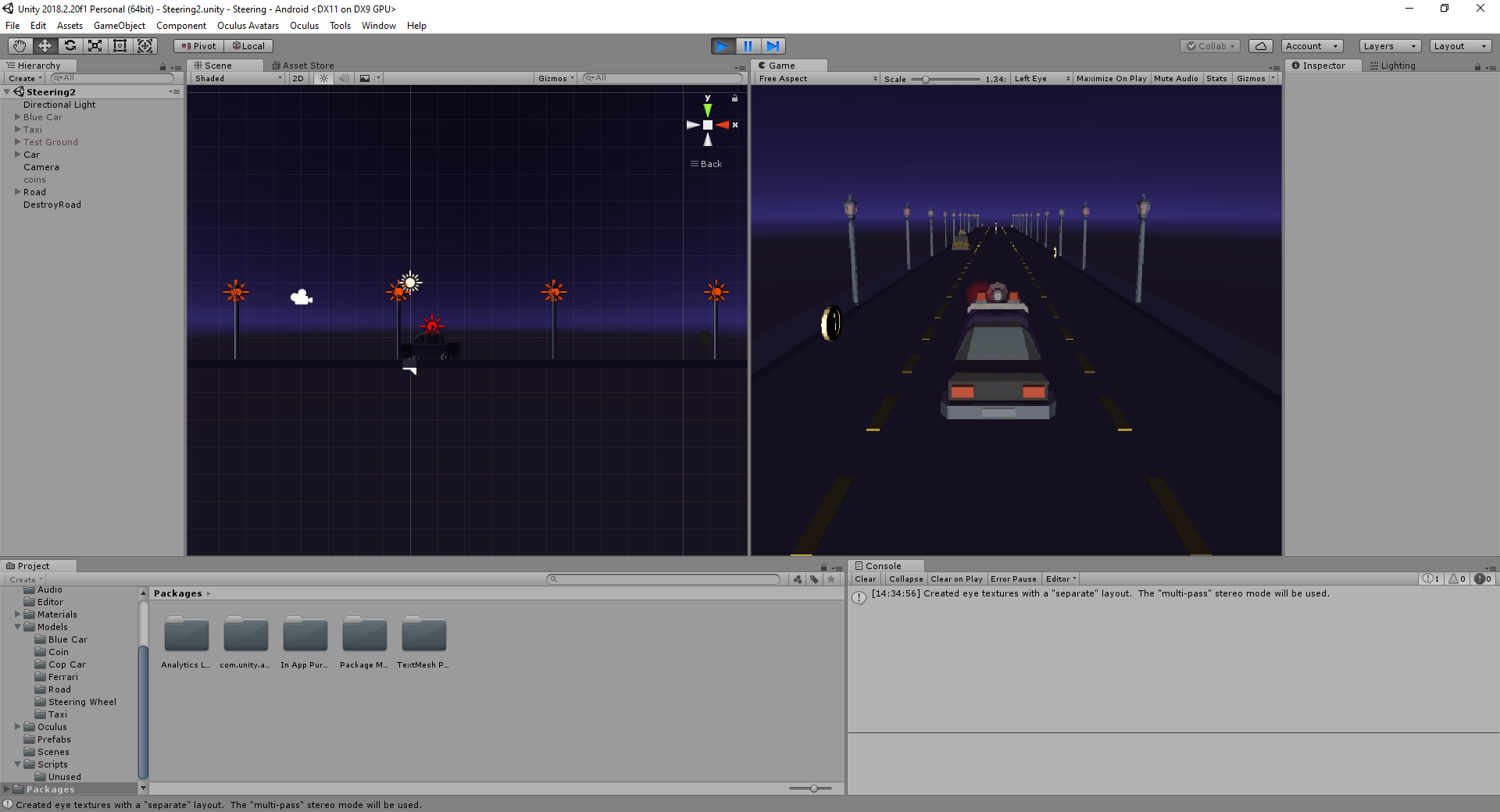 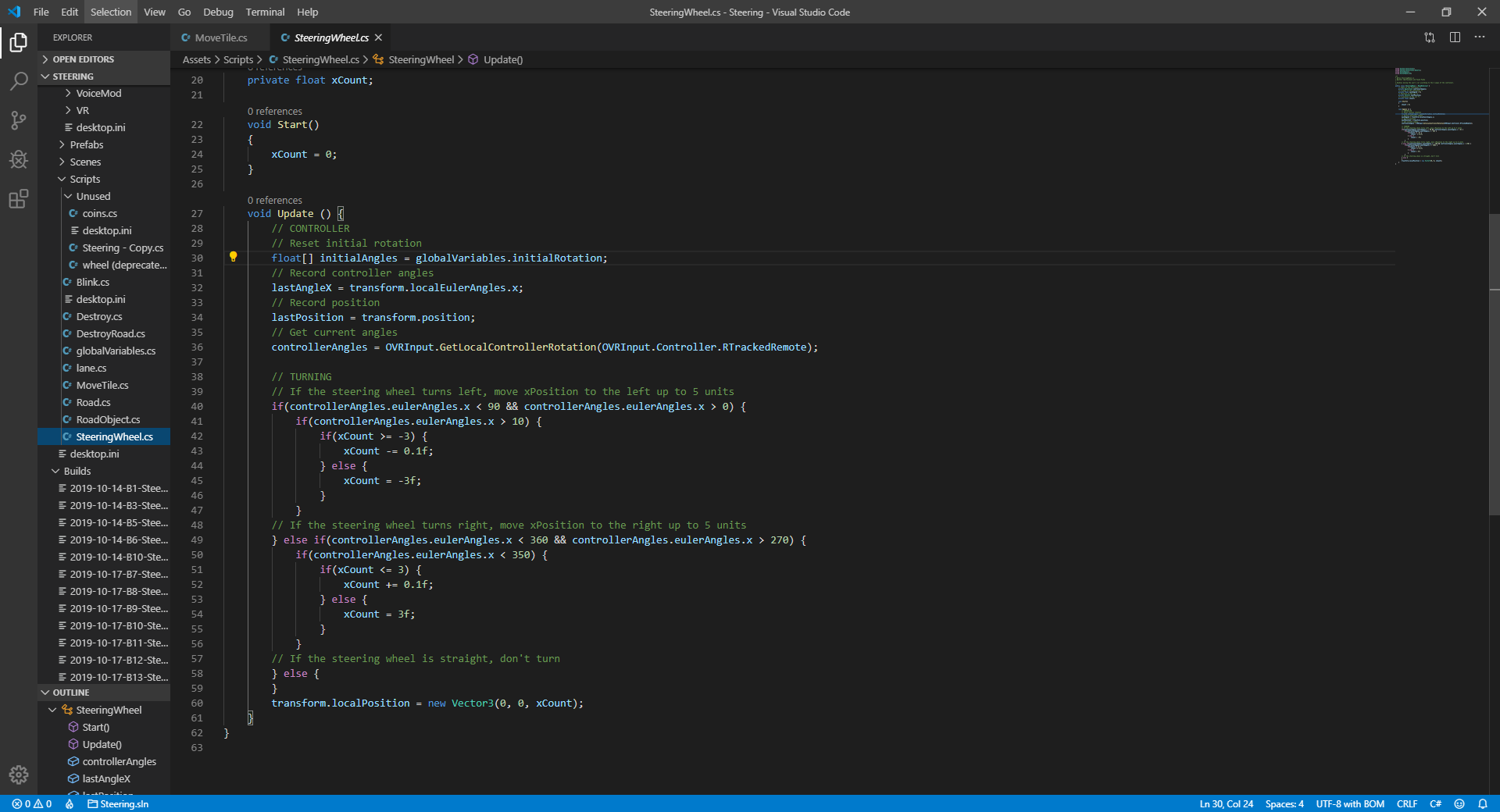 Towards the end of the semester, I began working on an instruction booklet to help users assemble the steering wheel. The booklet is comprised of outline illustrations and simple instructions. Trying to communicate 3D in a2D was a challenge, but it helped me think about how the user would understand the form. This was meant to be a first stab at shaping the user experience, and a tool for beginning user testing. In the near future, the lab will begin user testing with the hopes of improving the product and getting it ready for use in a classroom. 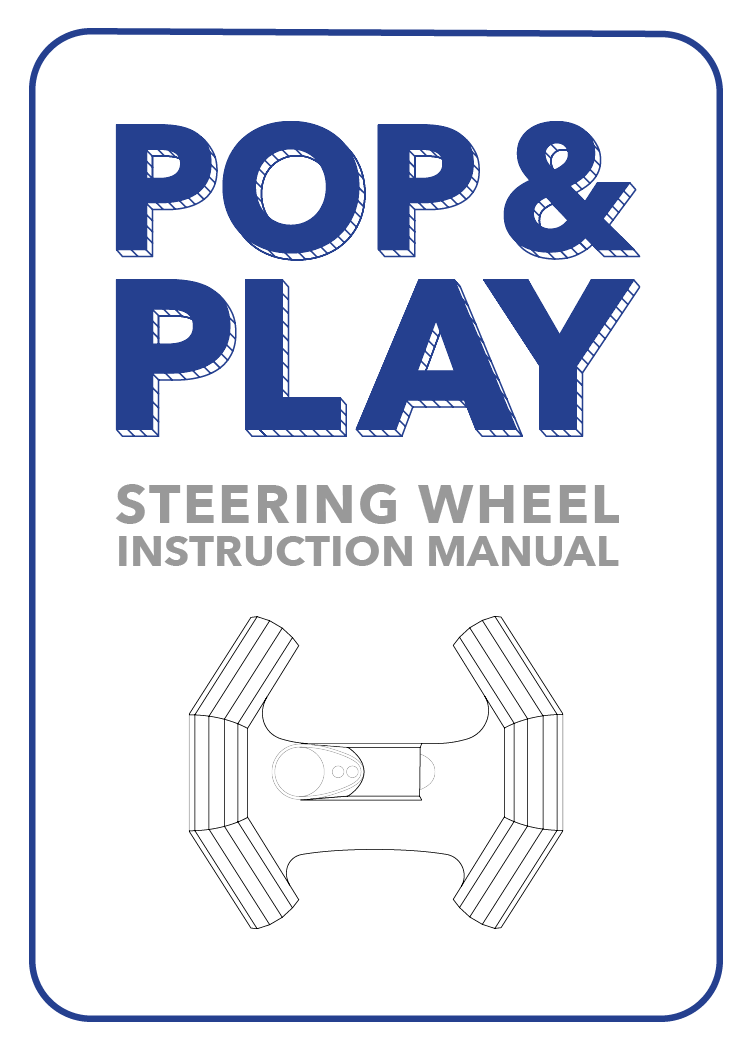 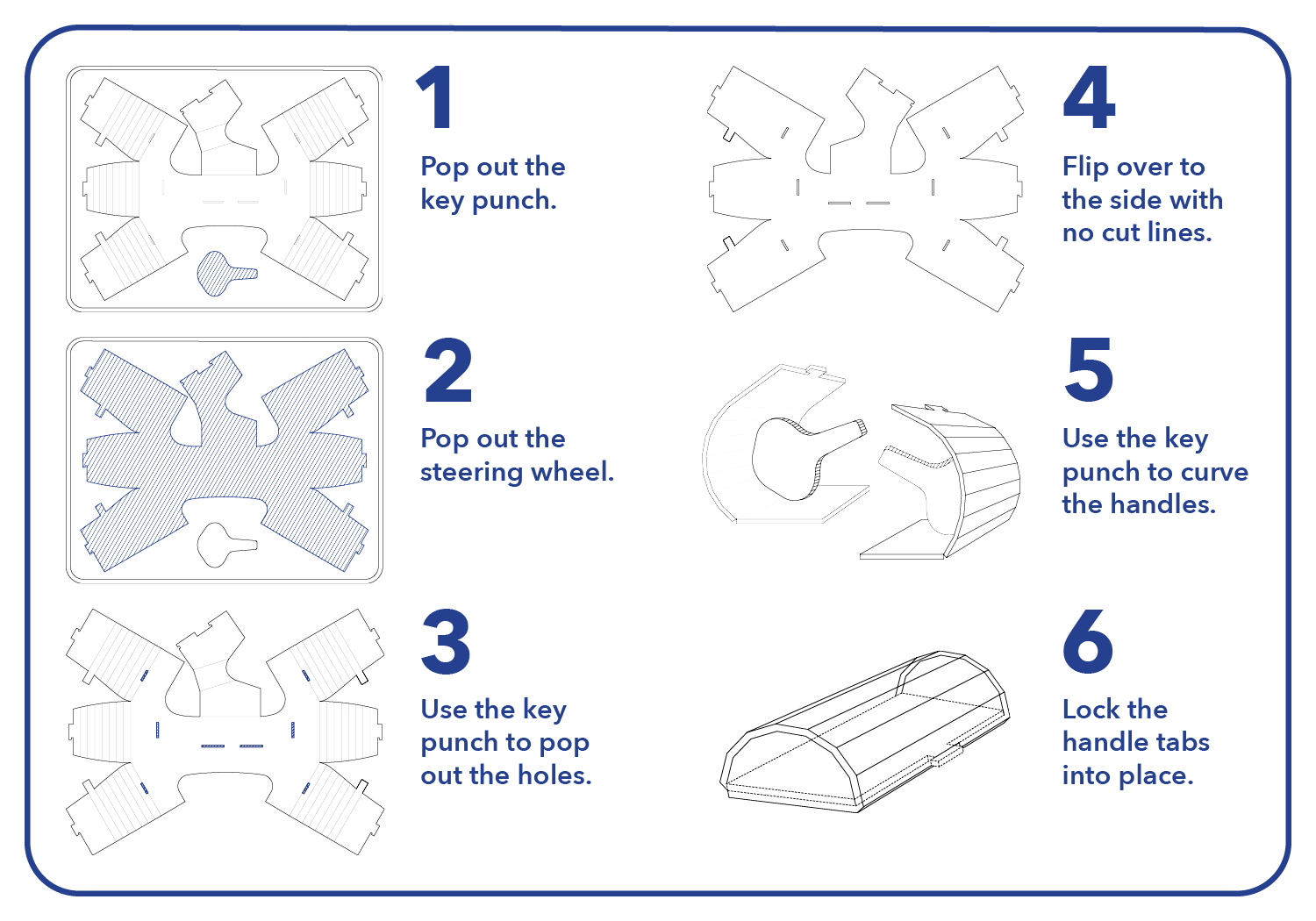 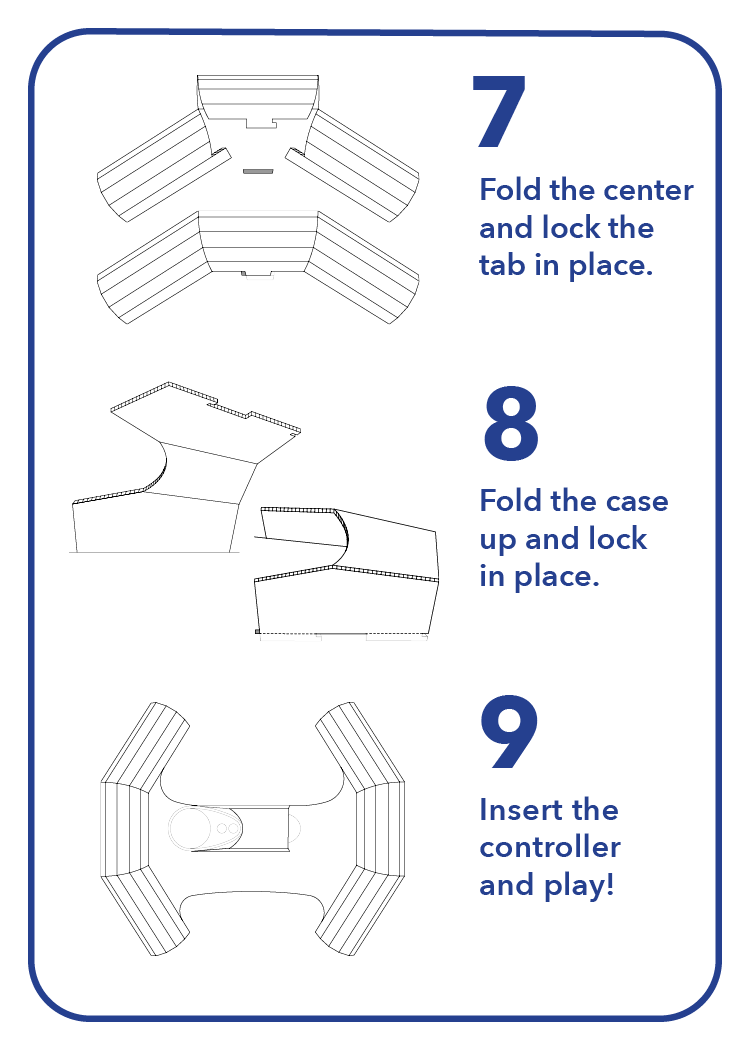